Adventures Of A Bibliophile 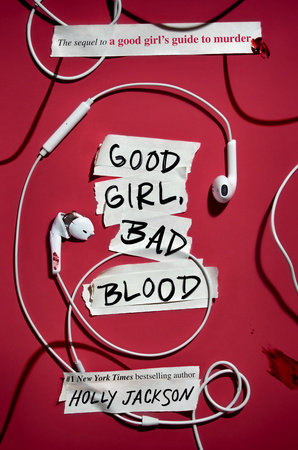 Pip is not a detective anymore.

With the help of Ravi Singh, she released a true-crime podcast about the murder case they solved together last year. The podcast has gone viral, yet Pip insists her investigating days are behind her.

But she will have to break that promise when someone she knows goes missing. Jamie Reynolds has disappeared, on the very same night the town hosted a memorial for the sixth-year anniversary of the deaths of Andie Bell and Sal Singh.

The police won’t do anything about it. And if they won’t look for Jamie then Pip will, uncovering more of her town’s dark secrets along the way… and this time everyone is listening. But will she find him before it’s too late?

I received an eARC from Random House Children’s Books via Netgalley in exchange for an honest review.

END_OF_DOCUMENT_TOKEN_TO_BE_REPLACED Plot Summary: Siblings Marilla and Matthew Cuthbert were planning to adopt an orphaned boy to help out around their farm, Green Gables – instead, they got Anne Shirley. A plucky redheaded girl with a vibrant imagination, Anne turns first Green Gables and then the rest of Prince Edward Island on its ear.

Manga Classics® is proud to be the only authorized manga adaption of Anne of Green Gables by the Heirs of L.M. Montgomery. This volume presents a faithful recreation of this classic kids novel, from the Lake of Shining Waters to the Dryad’s Bubble!

Foreword by Kate McDonald Butler – granddaughter of the original author!

I received an eARC from the publisher via Netgalley in exchange for an honest review.

END_OF_DOCUMENT_TOKEN_TO_BE_REPLACED 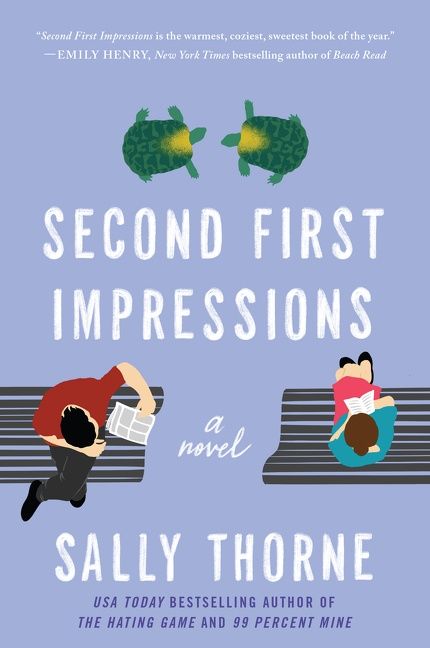 Plot Summary: From the USA Today  bestselling author of The Hating Game and 99 Percent Mine comes the clever, funny, and unforgettable story of a muscular, tattooed man hired as an assistant to two old women—under the watchful eye of a beautiful retirement home manager.

Distraction (n): an extreme agitation of the mind or emotions.

Ruthie Midona has worked the front desk at the Providence Luxury Retirement Villa for six years, dedicating her entire adult life to caring for the Villa’s residents, maintaining the property (with an assist from DIY YouTube tutorials), and guarding the endangered tortoises that live in the Villa’s gardens. Somewhere along the way, she’s forgotten that she’s young and beautiful, and that there’s a world outside of work—until she meets the son of the property developer who just acquired the retirement center.

Teddy Prescott has spent the last few years partying, sleeping in late, tattooing himself when bored, and generally not taking life too seriously—something his father, who dreams of grooming Teddy into his successor, can’t understand. When Teddy needs a place to crash, his father seizes the chance to get him to grow up. He’ll let Teddy stay in one of the on-site cottages at the retirement home, but only if he works to earn his keep. Teddy agrees—he can change a few lightbulbs and clip some hedges, no sweat. But Ruthie has plans for Teddy too.

Her two wealthiest and most eccentric residents have just placed an ad (yet another!) seeking a new personal assistant to torment. The women are ninety-year-old, four-foot-tall menaces, and not one of their assistants has lasted a full week. Offering up Teddy seems like a surefire way to get rid of the tall, handsome, unnerving man who won’t stop getting under her skin.

Ruthie doesn’t count on the fact that in Teddy Prescott, the Biddies may have finally met their match. He’ll pick up Chanel gowns from the dry cleaner and cut Big Macs into bite-sized bits. He’ll do repairs around the property, make the residents laugh, and charm the entire villa. He might even remind Ruthie what it’s like to be young and fun again. But when she finds out Teddy’s father’s only fixing up the retirement home to sell it, putting everything she cares about in jeopardy, she’s left wondering if Teddy’s magic was all just a façade.

Hilarious, warm, and romantic, Sally Thorne’s novel delivers an irrepressibly joyous celebration of love and community for fans of 99% Mine and The Hating Game.

I received an eARC from the publisher via Edelweiss in exchange for an honest review.

END_OF_DOCUMENT_TOKEN_TO_BE_REPLACED

With the Marigold ship free of her father, Fable and its crew were set to start over. That freedom is short-lived when she becomes a pawn in a notorious thug’s scheme. In order to get to her intended destination she must help him to secure a partnership with Holland, a powerful gem trader who is more than she seems.

As Fable descends deeper into a world of betrayal and deception, she learns that the secrets her mother took to her grave are now putting the people Fable cares about in danger. If Fable is going to save them then she must risk everything, including the boy she loves and the home she has finally found.

I received an eARC from Raincoast Books in exchange for an honest review.

END_OF_DOCUMENT_TOKEN_TO_BE_REPLACED 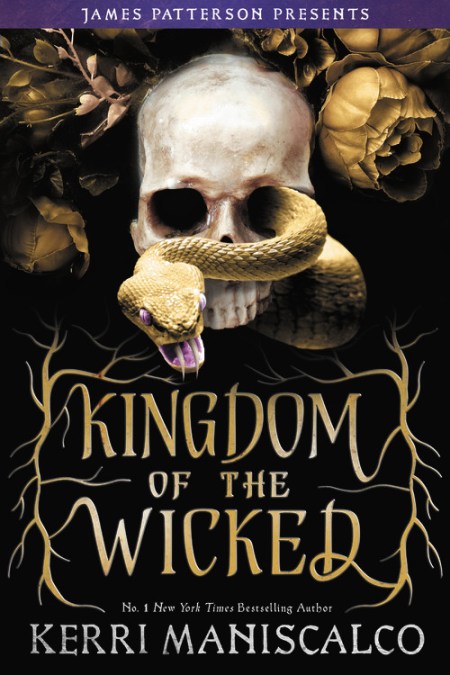 A quest for vengeance that will unleash Hell itself…

And an intoxicating romance.

Emilia and her twin sister Vittoria are streghe — witches who live secretly among humans, avoiding notice and persecution. One night, Vittoria misses dinner service at the family’s renowned Sicilian restaurant. Emilia soon finds the body of her beloved twin…desecrated beyond belief. Devastated, Emilia sets out to find her sister’s killer and to seek vengeance at any cost — even if it means using dark magic that’s been long forbidden.

Then Emilia meets Wrath, one of the Wicked Princes of Hell that she has been warned against in tales since she was a child. Wrath claims to be on Emilia’s side, tasked by his master with solving the series of women’s murders on the island. But when it comes to the Wicked, nothing is as it seems…

I received a finished copy from HBG Canada in exchange for an honest review.

END_OF_DOCUMENT_TOKEN_TO_BE_REPLACED 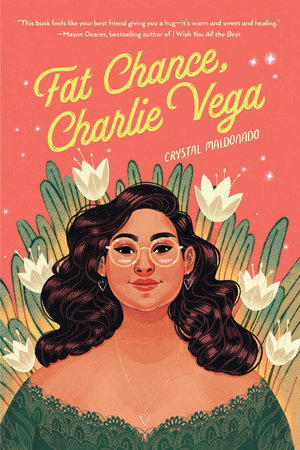 Plot Summary: Coming of age as a Fat brown girl in a white Connecticut suburb is hard.

Harder when your whole life is on fire, though.

People sometimes have a problem with that last one. Especially her mom. Charlie wants a good relationship with her body, but it’s hard, and her mom leaving a billion weight loss shakes on her dresser doesn’t help. The world and everyone in it have ideas about what she should look like: thinner, lighter, slimmer-faced, straighter-haired. Be smaller. Be whiter. Be quieter.

But there’s one person who’s always in Charlie’s corner: her best friend Amelia. Slim. Popular. Athletic. Totally dope. So when Charlie starts a tentative relationship with cute classmate Brian, the first worthwhile guy to notice her, everything is perfect until she learns one thing — he asked Amelia out first. So is she his second choice or what? Does he even really see her? UGHHH. Everything is now officially a MESS.

A sensitive, funny, and painful coming-of-age story with a wry voice and tons of chisme, Fat Chance, Charlie Vega tackles our relationships to our parents, our bodies, our cultures, and ourselves.

I received an eARC from Penguin Teen Canada in exchange for an honest review.

END_OF_DOCUMENT_TOKEN_TO_BE_REPLACED

The year may be off to a rough start for….well, all of us. But the book gods have truly blessed us with an amazing line up of 2021 releases and I cannot wait. The online book communities like Instagram and Twitter have introduced me to some of them, and virtual blogger events are responsible for introducing me to a lot too. My TBR is crying – and I probably will too trying to keep up with all of them -, but these are some of the books that I’ve been eyeing up like the last slice of pizza.

END_OF_DOCUMENT_TOKEN_TO_BE_REPLACED

You might remember that in the summer I talked about my committed relationship with Tolstoy’s War and Peace for a year-long readalong. Well, the time has finally come. It’s the end of the year, and I’ve finished it.

While I feel a sense of accomplishment like the other people I embarked on this journey with, I can also now say: I came, I read, I conquered. And Tolstoy, I must confess that I’m not sad to see you go.

END_OF_DOCUMENT_TOKEN_TO_BE_REPLACED

Floriography is a full-color guide to the historical uses and secret meanings behind an impressive array of flowers and herbs. The book explores the coded significances associated with various blooms, from flowers for a lover to flowers for an enemy.

The language of flowers was historically used as a means of secret communication. It soared in popularity during the 19th century, especially in Victorian England and the U.S., when proper etiquette discouraged open displays of emotion. Mysterious and playful, the language of flowers has roots in everything from the characteristics of the plant to its presence in folklore and history. Researched and illustrated by popular artist Jessica Roux, this book makes a stunning display piece, conversation-starter, or thoughtful gift.

I received a finished copy from the publisher in exchange for an honest review.

END_OF_DOCUMENT_TOKEN_TO_BE_REPLACED 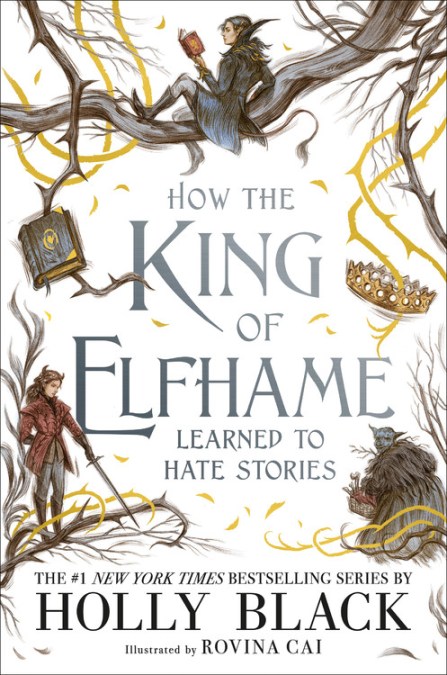 Plot Summary: Return to the captivating world of Elfhame with this illustrated addition to the New York Times bestselling Folk of Air trilogy that began with The Cruel Prince, from award-winning author Holly Black.

Once upon a time, there was a boy with a wicked tongue.

Before he was a cruel prince or a wicked king, he was a faerie child with a heart of stone. #1 New York Times bestselling author, Holly Black reveals a deeper look into the dramatic life of Elfhame’s enigmatic high king, Cardan. This tale includes delicious details of life before The Cruel Prince, an adventure beyond The Queen of Nothing, and familiar moments from The Folk of the Air trilogy, told wholly from Cardan’s perspective.

This new installment in the Folk of the Air series is a return to the heart-racing romance, danger, humor, and drama that enchanted readers everywhere. Each chapter is paired with lavish and luminous full-color art, making this the perfect collector’s item to be enjoyed by both new audiences and old.

I received a finished copy from HBG Canada in exchange for an honest review.

END_OF_DOCUMENT_TOKEN_TO_BE_REPLACED

Bibliophile. Pizza enthusiast. Plant lover.
Can often be found at the library.

Welcome to Turning Pages! Curl up with a treat and a cup of your favourite beverage. Stay awhile. And most of all, happy reading!

{ May 3rd, 2021 }
“You and I are going to change the world.” ― Leigh Bardugo, Shadow and Bone
“Like a weary bird flying out over the most desolate sea, I finally had a place to land.” ― Adrienne Young, Fable
“Of all things, I liked books best.” ― Nikola Tesla
My Tweets
Loading Comments...
Comment
×