A conflict that’s not new in the book world is author’s reading reviews. But lately, I’ve been seeing it happen more and more. I’m so fed up with authors violating the safe space of readers and reviewers. Reviews. Are. Not. For. Authors.

It happens again and again. The latest incident – which occurred a few weeks ago – involved a POC blogger, which makes the situation that much more hurtful. Go on Twitter and you should be able to find a lot of people talking about what happened. It was unacceptable. It was inexcusable.

We’ve all just had enough. And now I’m going to break my silence and share my story.

A couple years ago, I was sent an eARC directly from an author. This author is independent, but pretty popular on Instagram. That’s how I came across their work; I had even won an Instagram giveaway of their debut a year before the incident. Flash forward to their upcoming book. I read the eARC. I thoughtfully reviewed it, following the good-bad-good sandwich model because I wanted to be fair. There were things I could appreciate about the book, and I praised those to the heavens. In the end, I gave the book 2.5 stars.

The author asked me when the review was going to be posted on Goodreads. They did not ask for a link, for which I was grateful. I typically posted reviews about two weeks or less before pub date. So I messaged them that it was up and didn’t include a link. It seemed like a reasonable request so they knew I did indeed read and review the book. I trusted that they wouldn’t go looking for it. That’s not what happened.

The author proceeded to look for the review, read it, and then send me the most rude message I’ve ever gotten from an author in my life. They said they were “surprised at the 2.5”. They asked me to change the content of my review because they felt that I shouldn’t have backed up one of my points by including a small spoiler (a spoiler which I ‘hid’ in the review). I was signed up to participate in a release blitz, and they told me it was okay if I didn’t want to participate and that they’d take me off the list. It seemed less of an understanding statement and more of a ‘hey, you made me mad so I don’t want you to promote my book’ kind of thing. I sat with it and asked them to remove me from the list since I was no longer comfortable.

They accused me of being unkind by telling them my review was posted despite the fact that they’d asked me when it would be posted. They thought I was “a fan”. I was. Until this. They said that “negative reviews ruin me for writing for a day or more”. So now I was being made to feel like I was the bad guy. I replied back defending myself, in a more professional way than they deserved. But I was shaken up, upset, and full of anxiety. I hoped that would be the end of it. It wasn’t. Instead, when I looked on the author’s Instagram feed I saw they posted in their stories about how someone they trusted betrayed them, etc. It was clearly about me, though they didn’t tag or name me.

Reading back through everything to write this post was enough to upset me again. It kills me that I still see the author getting support, still see bloggers and bookstagrammers posting about their books and saying how incredibly nice they are. It kills me that no one but my family and close irl friends know what happened. But I’m not sure it’s professional or okay for me to share their name, and even if it was okay I don’t feel safe enough to do so.

On September 2nd, 2020, an author I follow on Twitter decided that it would be a fun teaching moment to share some 1 star reviews they’d received to show writers that you can eventually laugh at them. The author did remove the identity of the reviewers, but in doing this whole “fun” hashtag and Twitter thread, they first violated the rule of not reading reviews.

This author has previously been one I’ve supported for years, but this behaviour is far from funny to me. If writers need a reminder that 1 star reviews aren’t a big deal and you can laugh about them someday, you’re in the wrong profession. I said what I said. And for readers/reviewers to respond to said problematic tweets just opens them up for bullying from not only the author but also the author’s fans.

I considered politely informing them that the decision to read and share reviews was harmful, especially given what’s happened lately, but I didn’t want to put myself at risk. And that’s not something I should even be afraid of. If a BIPOC reviewer or reader spoke up, any potential backlash would be even worse.

Authors can advocate for the right of reviewers to give low ratings but please, for the love of god, WHEN WILL AUTHORS STOP READING REVIEWS. Reviews are meant to be a safe space for readers and reviewers just please s t o p

Something I questioned was whether the author would share thoughtful criticisms, because there is problematic content in their books. I’ve criticized the problematic content in my reviews, and the latest book I reviewed of their’s is by far the most problematic of their recent work. It goes beyond some statements that irritates readers to a problematic recurring message. But no, that would mean the author was going to own up to it. That would mean that 1 star reviews aren’t (usually) there for entertainment, they’re there to offer discourse on books and point out things that are harmful. And after all of this, after the problematic content of the latest book and this awesome Twitter thread, do you think I want to support the author anymore? Hell no.

I know the stories I’ve shared of my personal experience with authors reading reviews pales in comparison to what’s happened to some reviewers. But none of it should happen. Ever.

So dear authors, if you’re reading this, stop it now. Don’t google yourself. Don’t go on Goodreads. Don’t complain about bad reviews on social media. Writing is personal. But once you put your book out in the world, it’s no longer something you can control. If you can’t handle the fact that not everyone will love your work, you might want to re-consider your career. Is your anger over something you know will happen worth the pain you could cause readers/reviewers/bloggers when you send an angry e-mail and/or take to social media to air your anger? No. If you love readers as much as you claim, stop invading their safe space. Reviews are for readers.

3 thoughts on “We Need To Talk About Authors Reading Reviews” 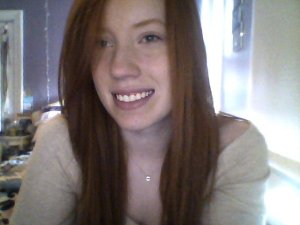 Bibliophile. Pizza enthusiast. Plant lover.
Can often be found at the library.

Welcome to Turning Pages! Curl up with a treat and a cup of your favourite beverage. Stay awhile. And most of all, happy reading!